Is that true, what they say..there can be no winners?

On Saturday afternoon, the decision was made to cancel the scheduled round five Super Rugby match between the Crusaders and the Highlanders, set to be hosted at Forsythe Barr Stadium in Dunedin. 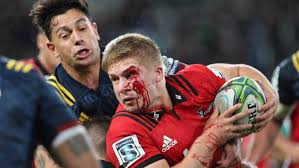 Media outlets cited the police as saying there were no official fears held for the safety of the venue, its patrons or the players. The decision to call the game off must therefore have been made over sentiment.
Commendable. There is no denying the depth of feeling flooding the nation given the events in Christchurch on Friday. As a consequence, we were all encouraged not to view, share or partake in the filth Tarrant posted online.
Good call. Who wants to see such grotesque violence anyway, despite the ghoulish nature many people have.

So, with one hand we are denying this freak of a human the platform he so desperately sought, yet it seems with the other we are giving him the and his actions the credence they so badly do not warrant.
I have always liked to think sports is impartial. Free of politics or the whims of society and it’s ever changing standards. Just a bunch of men and women and kids running, kicking, jumping, throwing and catching, using whatever level of athleticism required to undertake their chosen physical past time.
We have seen time again how people will always persist in drawing a llink between sport and the wider issues of the world and indeed more and more we see modern sports people wanting to use the platform they have through their game as a chance to weigh in with their opinions.

Cool. I am all for wider debate, for as many voices as possible in any given debate and for perceived role models, such as sports people, making the most of what is a privileged position. Think the statements by TJ Perenara around the rainbow issue as a prime example.
To me, it just seems calling a halt to a rugby game because of the actions of a nutter is out of place. The cricket test to be held at Hagley against the Bangladesh team, sure. There is no way that game could have proceeded. But a rugby game in a different city over twenty four hours later? Out respect for the victims? Really?
I sincerely doubt the victims and their families were giving any thought to any game. All cancelling the game has done is extend the reach of Brenton Tarrant’s actions, furthering his hateful message.

I will admit, there is an element of selfishness to what I say.
I was looking forward to the clash between the Crusaders and my Highlanders. We took them down last season and while I don’t think we were likely to this time around, we were in with a shot.
Under the roof in Dunedin, a big derby match, the night of sporting entertainment would have been a spectacle, the Zoo in action and students and fans reveling in the streets.
The type of spectacle we as New Zealanders are more used to seeing.

Just what the doctor would have ordered don’t you think?

As for the name of the rugby franchise from the Canterbury, Nelson?Tasman region?
I for one, no fan of PC excesses, think it may be time for a change…