I don’t know if it is a North Island thing, a Northland thing, a Hokianga thing or what it might be, but I like.

Sometimes it feels a little like time has left us behind. Or maybe, more accurately, we have escaped the clutches of Father Time.

Much of it has to do with place. The country we live in, the region within that country, the locality within that region our our little spot on one edge of it all. Recently our view changed. We traded black mould and rotten floor boards for dry and relative warmth, gave up on multiple natural springs soaking the yard and dangerous decks making a mockery of the view on offer, for a main drag location where the kids are within strolling distance of the library. Read on my lovelies.

The sun shone on my back while I bent it and got the shift done with the aide of a couple of not so keen neighbours. We moved furniture and appliances, including a fridge. One thing that didn’t travel to our new digs was a dishwasher, and not because they are often considered part of the chattels. We didn’t have one in the last haunt, the one before that and in fact have gotten by without one for a while. And here, we will do so again.

I reckon there are many out there in the so called first world, a term I don’t believe applies to this area, who would think it damn near impossible to have a family our size and manage our day, minus the assistance of a machine dedicated to keeping your dishes clean. Fair enough, six of us ensures it is no mean feat to keep on top of the dishes, especially if the cooking gets a little creative, there has been a bout of baking and the motivation slips enough so a load here and there is missed. Dishes pile up thick and fast.

Filling a sink with hot water and bubbling up the suds, scrubbing and scraping to achieve squeaky cleanliness, is a norm for us as a family. More or less, we all chip in, just another one on a list of chores which never seems to diminish and if it does ever seem they are being quietly whittled away, that’s nothing more than a  sure sign the cycle is set to roll around again, right from the very start.

We aren’t heathens. We have a washing machine. I may have taken on the mantle of home management or D.T. (Domestic Technician), but even I have my limits. As keen as I have been to take on the domestics, I am not overly enamoured with the idea of sticking my hands in a tub and scrubbing away for the hours on end it would take to hand wash our family’s laundry. But I am happy to peg it on the line. 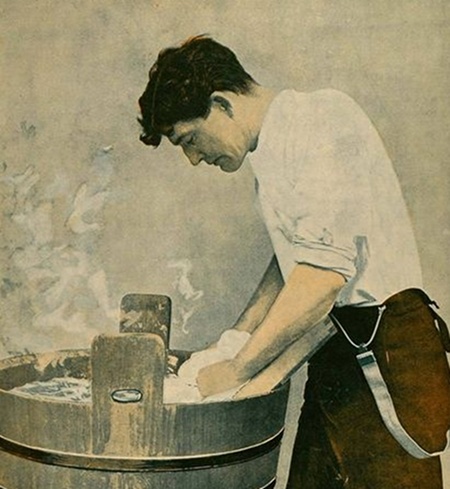 Okay, we live in Northland. It is damp and there is no getting away from that. It can takes days to dry a load of washing at this time of year. Alternatively we could spend a few dollars and pop down to the laundromat. I prefer to be patient. I am not tight, can spend money with the best of them, I just like to embrace some of the ‘old school’ way of life.

For a start it isn’t like I/we don’t have the time. I am aware much of the world is heavily reliant on convenience, on gadgets and gizmos. Stuff which will apparently make life easier. All well and good if you have access to that sort of thing, can afford it and in my case at least, understand how to make it work. But what happens when it isn’t there for you, on demand at your fingertips? There is a balance I think much of the modern, first world, is starting to forget.

I would be concerned if my children didn’t know how to wash a dish. Manually that is, you know, in a sink with water and detergent. It would concern me if they didn’t have the concept of how letting fabric hang in the sun and breeze might, and I mean might, dry it. It would bother me to think my crew couldn’t prepare a feed for themselves from scratch and I would be disappointed to find they couldn’t entertain themselves with whatever might be surrounding them at the time and then applying a little bit of imagination. As for getting around? There is no such thing as public transport here but hey, there is nothing more convenient than two feet or two wheels on a bicycle. 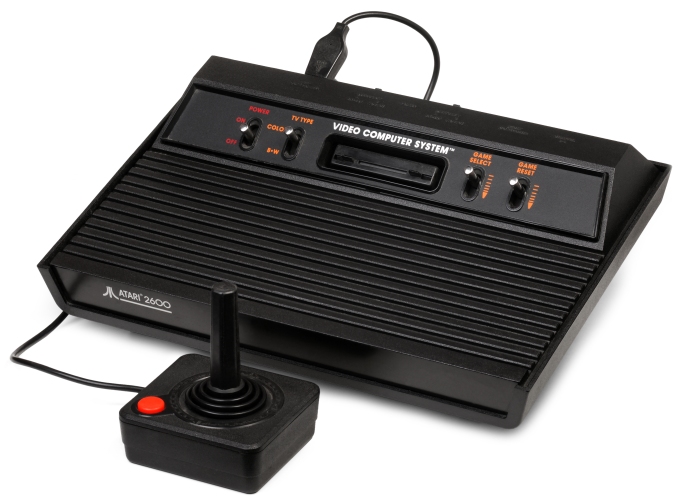 My kids can google. They can use apps and they love nothing more than watching a movie to drain away an hour or two. My kids can read, can knit or sew. They understand the purpose of a hammer, a screwdriver, nuts and bolts and nails and glue and whatever else. They get it, how a lawnmower works, how a trampoline can be fun and good exercise. They can build huts, inside the house and out. They can play games, with a board and pieces or buttons and a joystick (Do joysticks still exist? Are they still called joysticks?). My kids will do a puzzle, paint or draw, play Jenga, kick a ball or just go for a walk. They bake from scratch, cook meals from scratch and can open a sachet, pour into a cup and stir. They have the basics covered, being the multi-talented bunch they are.

Much of that is to with the environment our kids have largely been raised in. We are not city people, so many of the conveniences a great deal of people take for granted, simply do not exist or do not apply. The power shuts off here often enough we are forced to regularly look for alternatives to entertain ourselves. Non electronic ones. In many ways, doing so helps us bond that little bit better as a family, even while at times I fear our kids are being held back, stuck not quite in the dark ages but maybe not fully illuminated.

Their time to be fully immersed in the technological world will undoubtedly come and I am sure they are more than ready for it, whether I like it or not. Whether I understand it or not. I guess the trick is to encourage them to turn on, without tuning out.